Our pipelaying queen Solitaire is back in the Norwegian Sea to install the export line connecting the Troll A platform with gas reserves Equinor is developing in the western part of its Troll field.

Positioned a few hundred metres from the platform, Solitaire, with assistance from Oceanic, started operations with a pull-in of the first pipe section into a special “seal tube” at the base of Troll A, some 300 m below the water surface.

Read more about the Troll project in the Norwegian Sea. 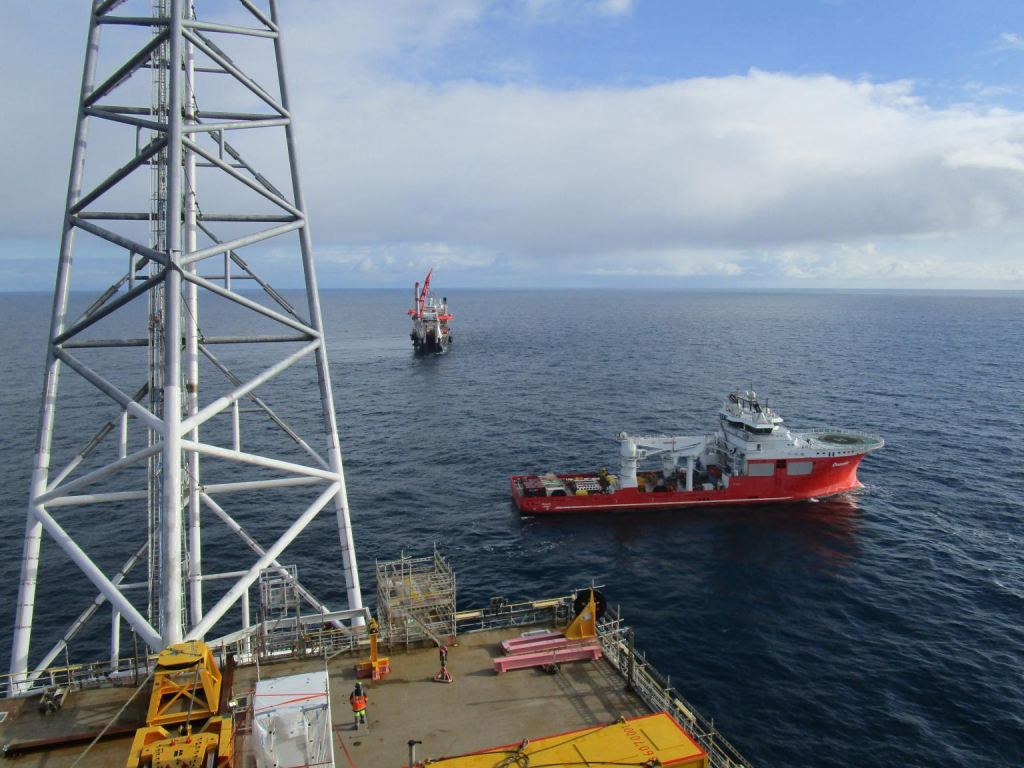